We were the first shark tooth web site to offer shark teeth for sale. Sharksteeth.com started in 1997 and was bought out in 1998. We have been providing other dealers, stores, and collectors with shark teeth ever since.  Our Megalodon shark tooth collection is immense and our product is 100% guaranteed to be exactly what it is stated on our site or your money back.

John Taylor is an Ex Navy Diver and has been an Under Water Commercial Paleontologist for over 30 Years.

John continues to dive and bring up the treasures that the local rivers and oceans hide.

Russell Taylor, Recently retired from the Coast Guard and is currently getting his degree in Geology from the College of Charleston and has had lifelong interest in Gems and Minerals

The Age of the Giant Megalodon Shark

C. Megalodon (Agassiz, 1843), the giant “Megatooth” shark, ruled all the warm water seas during the Neogene Period [Miocene (5-24 million years ago) and Pliocene (1.67-5 million years ago)]. At the beginning of its reign, C. megalodon was unaware of the evolution of the first hominoids on land (Proconsul), but would have witnessed the first monsoons and upwellings in the Arabian Sea which connected the Mediterranean Sea with the Indian Ocean.

Check out our Sister Websites: 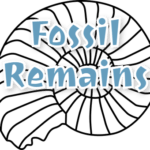 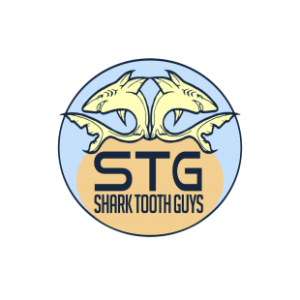 WEST SPRINGFIELD – While The Meg – a movie that chronicles one man’s attempt to save people trapped inside a “sunken submersible” from a 70-foot shark – is taking over box offices across the country, the Eastern States Exposition offered a more accurate depiction of what the prehistoric shark species actually looked like.